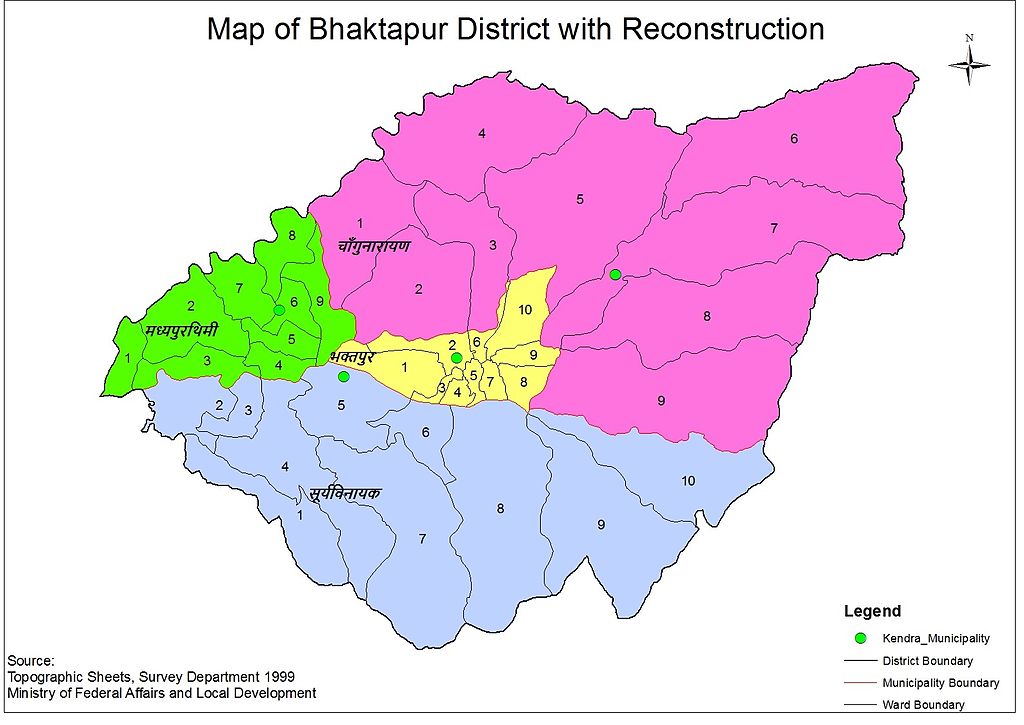 Let’s Travel, time to go out and enjoy historic city Bhaktapur with its reach culture and heritage.

Bhaktapur is known as Khwopa in local Newari tongue. The cultural capital of Nepal, Bhaktapur’s history goes back to the early 8th century and it used to be the capital city of whole Nepal till the 12th to the 15th century. Until the early 18th century, the ancestors protected the city as a sovereign country surrounding it with boundary walls and a number of city gates. Shaped like a flying pigeon, the city spreads over an area of 6.88 sq. km. and lies at 1401 meters above the sea level. Bhaktapur gives shelter to almost 100 thousand people, most of whom are peasants. Businessmen, handicraft producers and public employees are among the others. Juju Dhau (Yoghurt), Bhadgaule Topi (Black Cap), Haku Patasi (black saree with red border), Pottery and handicrafts are the identifiers of the city and are well known for their uniqueness. Majority of the inhabitants are either Hindus or Buddhists. It is religious harmony that unites the people in the city. Every festival and cultural activity, irrespective of its religion, is observed with full and equal enthusiasm.

Bhaktapur is a “Living Heritage” or “Living Museum” displaying the vibrant depth of Newari culture. Great festivals of local Newars, their life style, rituals, Daffas(prayers group) and Guthis and traditional dance groups are giving life to the intangible heritage of the city. Bisket Jatra (mid April), Gai Jatra (August), Dashain and Tihar (October/November) are the main attractions of the festivals. Everyone can experience the daily cultural activities performing such as Daffas, Bhajans (hymns), worship, dances, music, rituals, traditional Newari dress and life style while visiting the city. These living heritages have been handed down form centuries in an unbroken chain from generation to generation.

The spectacular Newari cultural heritages of Bhaktapur are the pride of entire human civilization. Keeping in this mind, Bhaktapur Municipality is running restoration of these ancestors’ creations with various plans and programs. For that the city has been collecting tourist entrance fee from every foreign tourist to visit the core area of the city since 1993 and the amount is used for preservation of culture, heritages, cleaning the city, building and developing infrastructure, educating and skilling manpower and making the city as one of the best tourist destinations in Nepal. The Municipality is also distributing grants for wood, traditional bricks and tiles to encourage the local people to build their building in traditional styles. The city has also been successful to be one of the ten cleanest cities of Asia through its cleaning efforts.

Admiring the preservation efforts of this cultural city Bhaktapur, UNESCO honored it with
“The First Honorable Mention”
for the Asia- Pacific region in 1998/99. And the Transparency International also awarded the city as
“Island of Integrity”
appreciating its economic discipline and transparency. The credit of all the achievement and success gained by the city goes to the people of last five decades, people’s representatives of the city and all related stakeholders.

After every few steps every visitor will be surprised by the elegant art, architect and cultural heritages of the city and the visit will be life time experience which silently invites them to visit to this majestic city repeatedly.

Previous Blog : SEE Exam 2078 News
Next Blog : Food you must try in Bhaktapur